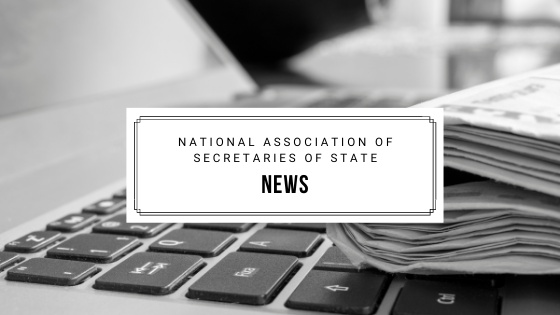 Throughout his distinguished career, Senator Randolph demonstrated tireless determination to successfully pass the 26th Amendment to the U.S. Constitution, granting 18, 19, and 20-year-old American citizens the right to vote.

“Senator Randolph was a champion for young people’s suffrage. His relentless dedication was the perfect example of selfless action in the realm of public service that this award is meant to honor,” said Kyle Ardoin, NASS President and Louisiana Secretary of State. “The members of NASS are tremendously proud to recognize him for his important work and historic legacy."

Senator Randolph was nominated for the award by West Virginia Secretary of State Mac Warner.

“West Virginia is honored to call Senator Jennings Randolph one of our own. Randolph once said, ‘I believe that our young people possess a great social conscience, are perplexed by the injustices which exist in the world and are anxious to rectify these ills.’ Senator Randolph’s confidence in the youth of our nation paired with his sheer tenacity is what turned his efforts into reality. He is an in­spiration to me and a true American statesman,” said Warner.

During the Friday, Feb. 11, ceremony held at the West Virginia State Capitol the award was virtual­ly accepted by Senator Randolph’s two sons, Mr. Jennings “Jay” Randolph, Jr., and Mr. Frank Randolph. The audience was made up of over 200 student leaders from 21 Jennings Randolph Award-winning West Virginia high schools recognized for registering at least 75 percent of eligible students to vote.

Additionally, the ceremony honored the 50th anniversary of Ms. Ella Mae Thompson Haddix's voter registration, the first 18-year-old in America registered to vote. At the time, Haddix was a student at West Virginia’s Davis & Elkins College and was escorted to register by Senator Randolph.

View a video from the Office of West Virginia Secretary of State shown during the ceremony here.