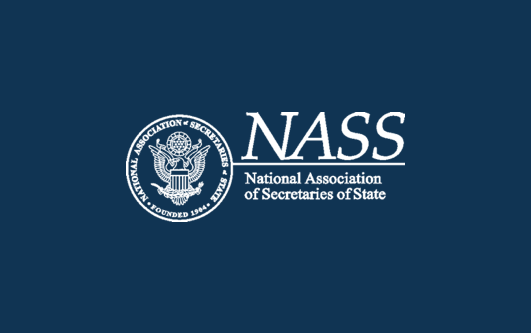 Washington, D.C. —  The Administrative Codes and Registers (ACR) Section of the National Association of Secretaries of State (NASS) awarded the Rhode Island Code of Regulations with the 2018 Robert J. Colburn, Jr. Innovation Award at the association's annual conference in Philadelphia, Pennsylvania. The Rhode Island Code of Regulations (RICR) is a system focused on increasing transparency and encouraging civic engagement in the state’s administrative rulemaking process. The RICR features up-to-the-minute rulemaking data, includes an online public comment module, and displays complete version histories for each rule on one, user-friendly page. The application also allows users to have digital access to supporting documentation and aims to increase accessibility by making rulemaking documents fully searchable and translatable. The RICR also contains a civic education component which endeavors to make the rulemaking process easier for the public to understand. The system was designed to "function more as a conversation, not a monologue."

“The new Rhode Island Code of Regulations (RICR) is a great example of multiple state agencies and branches of government working efficiently together to create a dynamic, intuitive application in just two years. This innovative collaboration resulted in a comprehensive solution that simplified processes, improved access, and educated the public,” said ACR President Emily Caudill, Kentucky Regulations Compiler. “I am delighted that our members in the Administrative Codes and Registers Section have recognized RICR with the 2018 Colborn Award.”

Administrative Codes and Registers (ACR), a section of the National Association of Secretaries of State (NASS), created the Robert J. Colborn, Jr. Innovation Award in July 2001 in honor of Robert J. Colborn, Jr., who served as the administrator of the Maryland Division of State Documents from 1974 through 2001 and founded ACR. The Robert J. Colborn, Jr. Innovation Award annually recognizes a program that demonstrates creativity and innovation in providing public access to, or managing, administrative rules. It honors the state agency that has made substantial contributions to the flow of information to the public by improving efficiency and delivery of services to citizens, businesses, and other governmental entities.

“As Secretaries of State, we often play the critical role of maintaining government records and ensuring that important information about government is available to our citizens in useful and meaningful ways. The RICR is not simply a website that displays regulations online. It is a portal through which the government and its citizens can communicate about the issues that affect them to make government more transparent, accessible, and efficient,” said Secretary of State Nellie M. Gorbea, who accepted the award.