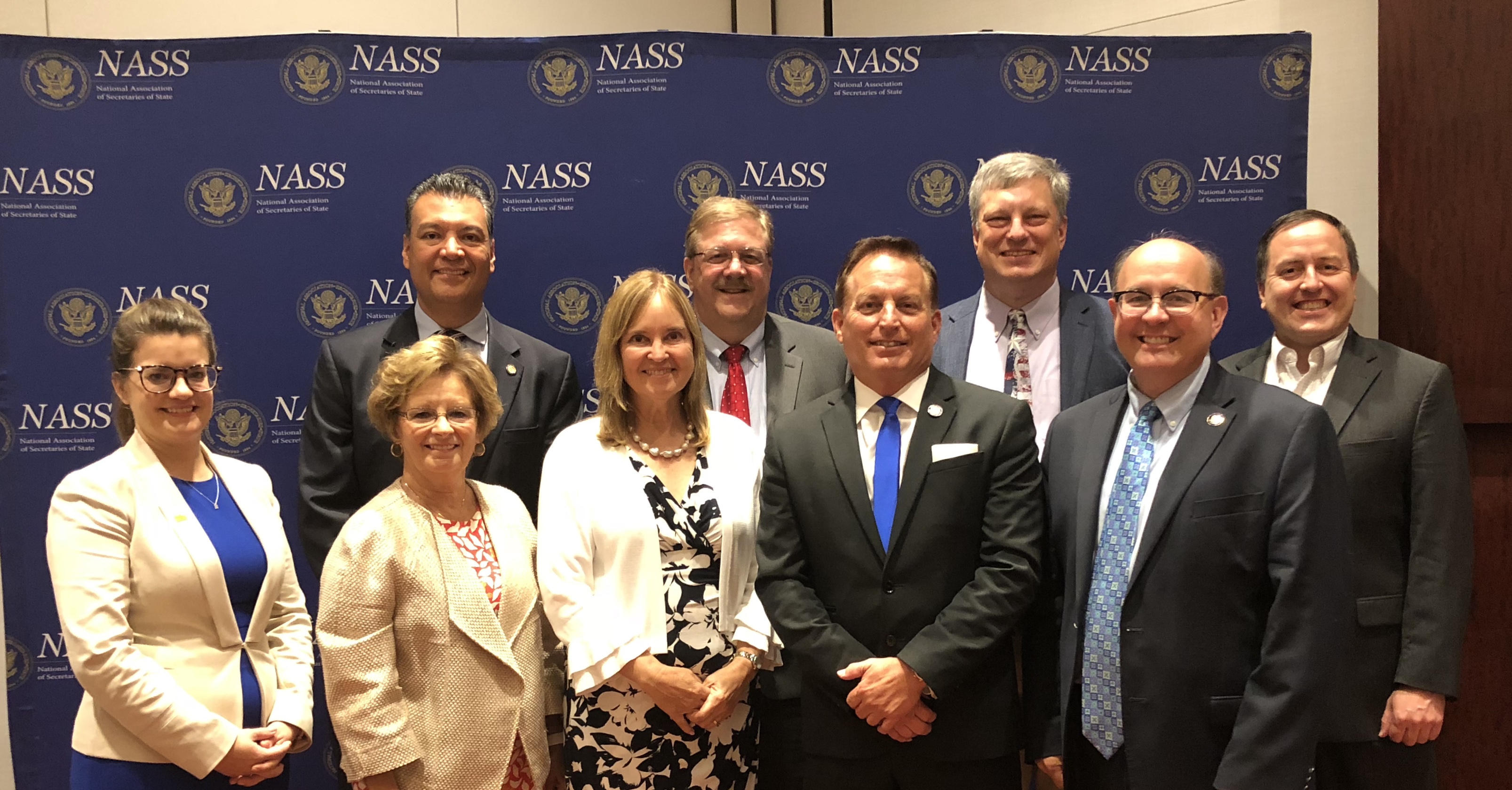 Washington, D.C. — The National Association of Secretaries of State (NASS) has inducted Vermont Secretary of State Jim Condos as president of the association, the nation's oldest nonpartisan professional organization for state officials. He will serve a one year-term ending July 2019.

"I would like to thank my peers for their confidence to lead this association, especially as we ap­proach a much-anticipated election cycle," said Condos, who was sworn into office Monday, Ju­ly 16 at the NASS 2018 Summer Conference in Philadelphia, Pennsylvania. "We have a lot of work to do and I look forward to hitting the ground running and collaborating with my col­leagues."

As a member of NASS, Condos has been very active in voter participation and election cyber­security issues. In addition, he has testified before the U.S. Senate Select Committee on Intelli­gence and the U.S. Senate Rules & Administration Committee on behalf of NASS to discuss what states are doing to secure elections from cyber threats and attacks.

Also elected at the annual NASS meeting are the following Executive Board members, who serve a one-year term, ending July 2019:

In addition, new committee co-chair assignments and appointments have been made: