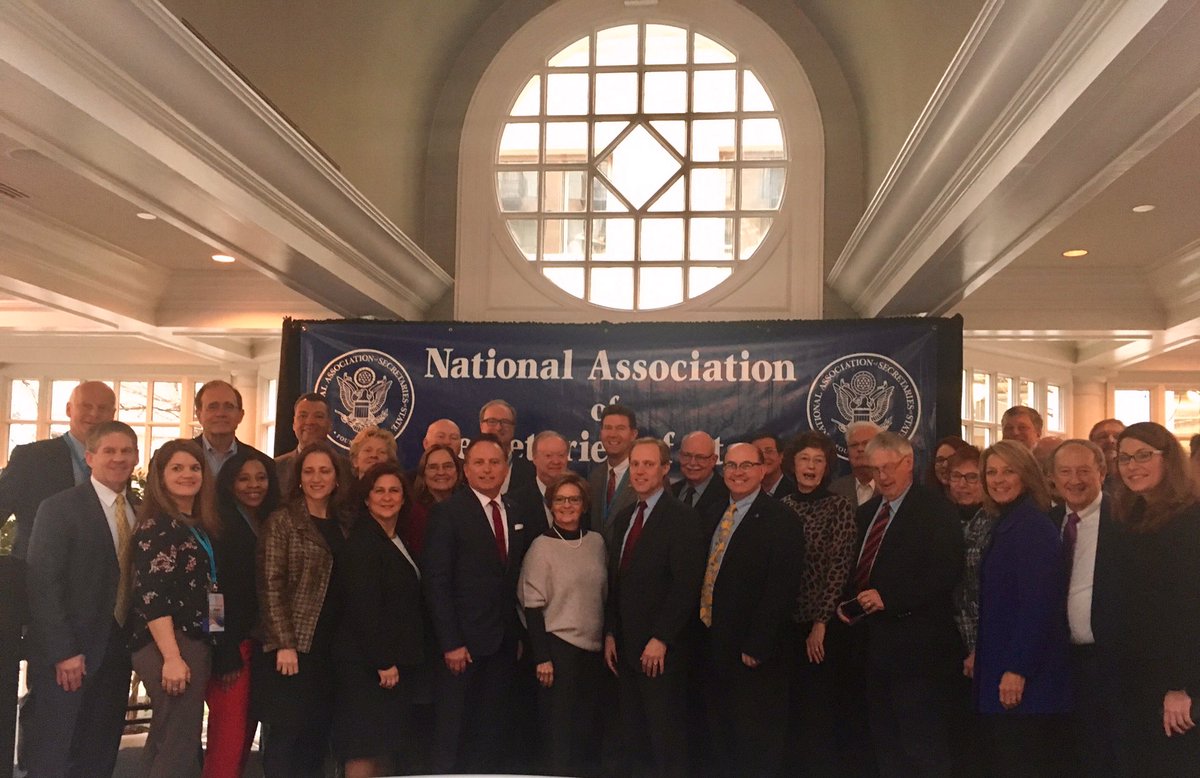 Department of Homeland Security Meetings— On Friday, Feb. 16, Secretary of Homeland Security Kirstjen M. Nielsen met with the NASS Executive Board to discuss DHS’ commitment to working with state election officials on cybersecurity for the midterm elections and beyond.

In addition, DHS joined together with the Office of the Director of National Intelligence and the Federal Bu­reau of Investigation to sponsor classified briefings for election officials from all 50 states. These briefings fo­cused on increasing awareness of foreign adversary intent and capabilities against the states’ election infra­structure, as well as a discussion of threat mitigation efforts.

Resolutions— The following NASS policy resolutions were approved at this meeting on Feb. 19, 2018:

Resources for States— The following resources were introduced for member use at this meeting:

All finalists will be invited to showcase their programs at the NASS 2018 Summer Conference in Philadelphia July 13-16, where the recipient will be announced and recognized.

*Cybraics: Adopting a “Detect to Protect” Philosophy to Safeguard our Democracy

*Everyone Counts: Engineered to Endure: the Building Blocks for a New Class of Voter Registration Sys­tem

A full conference agenda can be found here, which includes a full list of speakers and organizations.