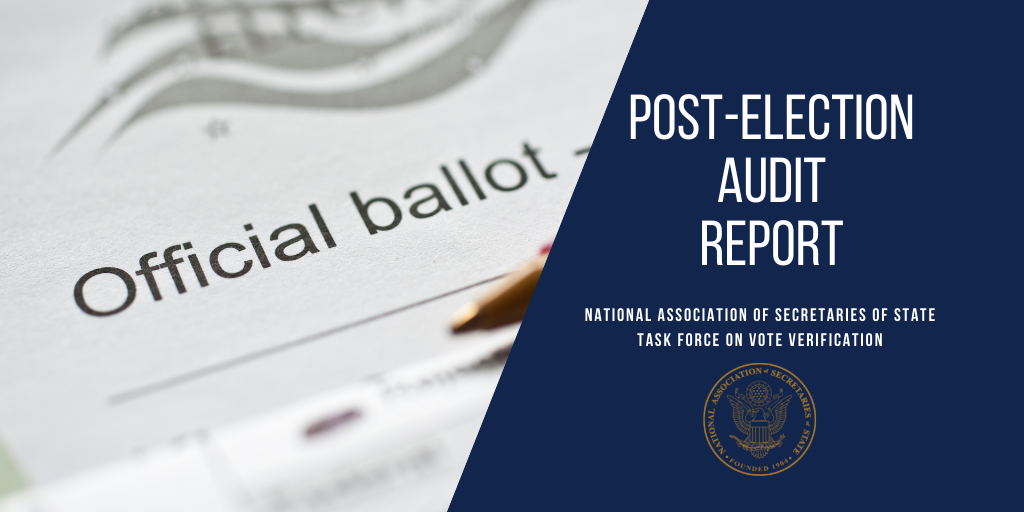 The National Association of Secretaries of State (NASS) Task Force on Vote Verification is composed of eight Chief Election Official Secretaries of State. As experts in the field, the bipartisan task force came together to tackle the important issue of post-election audits to promote a greater public understanding of the processes, procedures, and necessary elements for successful audits.

Often a post-election audit seeks to verify election procedures were carried out properly, and that votes were counted accurately. As an example, comparing a hand count of ballots to the voting machine’s count. Post-election audits also generally take place in a designated percentage of randomly selected precincts, tabulators and/or ballots after the election.

As a note, post-election audits are different from recounts, which typically depend on the margin of victory and involve a recount of all ballots for a particular race.

The NASS Task Force on Vote Verification encourages states to consider the following recommendations for all types of post-election audits:

The Task Force on Vote Verification’s recommendations were accepted by NASS membership on August 16, 2021.

Members of the bipartisan task force were as follows:

View the PDF version of the report here.